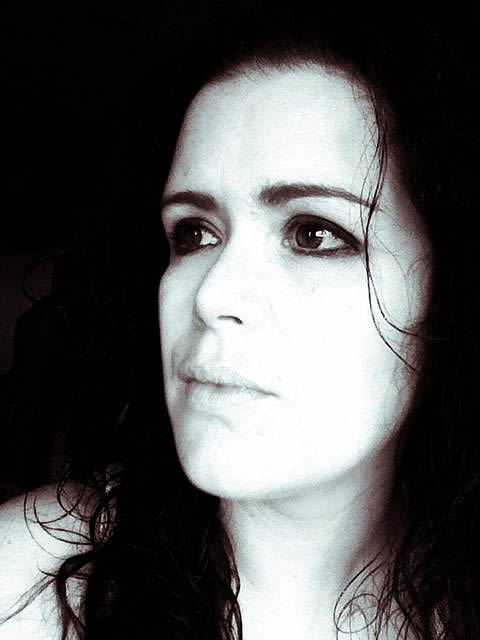 Angela Wakefield is an honest and engaging member of the national art community with a positive enthusiasm for painting and life in general. Angela has been painting seriously for the last ten years, but one of her earliest memories is of spending hours with a pencil and paper, recording the world around her. Her dedication to painting is unwavering, and to this day, she still enjoys the creative process as much as those early childhood days. In the media, there is often a cynicism about people’s motivations in the art world, both in terms of the artists who produce and the people who buy contemporary art. However, over the last few years, the sheer amount of people who have been affected by Angela’s work, many of whom have travelled hundreds of miles to see it, shows the universal appeal of her painting.

Since Angela was first featured in Art of England magazine in 2007, there has been an increasing level of anticipation for her new work, and 2008/9 promises to exceed all expectations. With industry professionals paying an avid interest, and collectors paying thousands for her originals, there is an acceptance that her artwork represents a sound financial investment. She is a young, emerging artist with a growing national reputation; she produces work that resonates with a broad range of people, offering enduring representations of contemporary landscapes.

Her new paintings are positive, colourful and energetic depictions of a very English landscape. Angela presents a version of the urban environment stripped down to its essence, capturing the behaviour of light and employing an imaginative use of focal-point and perspective. There is a sense of movement and energy in her paintings which serves to place the viewer in the picture.

Her recent focus has been on relics of the Industrial Revolution the re-appropriation of Victorian property in urban environments. Main Street, Moor Lane and Janice’s are locations that reflect experiences of her current environment in the Ribble Valley.

Main Street is a voyeuristic overview of a winter evening in Clitheroe and the view from the castle is an impressive panoramic, offering the perfect vantage point for observing human behaviour. Interestingly, this location was painted by L.S. Lowry back in the 1950s on one of his many visits to this quaint market town.

Moor Lane is a quintessentially English terraced row of shops, independently owned, struggling to survive, each with their own individual architectural style. There is an unusual ambience created by the streetlights and shop window lighting spilling out into the street and onto parked vehicles. Janice’s is a thriving sandwich shop in Ribchester, feeding residents and also visitors to the historic Roman village.

Park Road, Bingo Hall, and Corner Shop relate to her childhood memories of Accrington. In remaining true to her roots, Angela draws upon her strengths – the familiarity and knowledge of her immediate surroundings.

Park Road is the very street where Angela grew up as a child and she knows the place intimately. Bingo Hall is a place she was taken to as a child, and represents good old-fashioned working class culture and entertainment. For the participants it is as much a social club as it is a gambling game. The setting of the bingo hall is in one of the most run-down areas of the town, with a constant stream of traffic passing through on the old trunk road.

For many, the Corner Shop represented the hub for communities of people before fierce competition from the chain stores arrived. There can be no greater symbol of the changing sociological climate of England during the 1970s, and of the changing landscape Angela grew up in during the 1980s.

In summary, Angela portrays the traditional centres of the community which bring people together or where people tend to congregate. There is also the sense that she is attempting to record the current social climate and the arguable breakdown of communities in some of our towns and villages. Contrastingly, she also provides the viewer with positive examples of private enterprise and social mobility.

In any case, whilst presenting strong images of these environments, Angela compels us to ask questions and analyse further the meaning and relevance of the work. People often preoccupy themselves with analysing the technical aspects of a painting and lose sight of its intention, effect or contextual meaning. As with any artistic genre, the resultant interpretations and reactions are completely subjective and can be hard to predict. However, there is something in Angela Wakefield’s artwork that evokes emotional responses and resonates with peoples natural instincts.