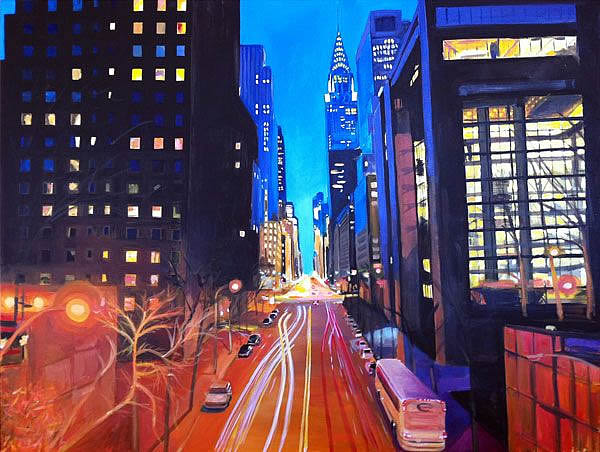 Over the last few years, Angela Wakefield has been attracting the attention of art collectors across the UK & Europe. However, with her increasing focus on the American urban landscape, there has already been significant interest in her work from the USA.

With her intention to continue the New York Series, an increase in her profile in the USA is now upon us and will prove to be a defining moment in her career. 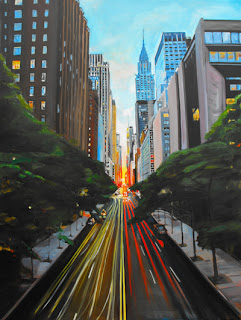 The painting to be featured in ARTnews is No.45 in her New York Series, and is a typically iconic interpretation of 42nd Street in Manhattan. Although this painting has many of the hallmarks normally associated with her previous originals, this work has been categorized by American commentators as ‘contemporary realism‘.

Normally working as a free and impressionistic painter of cityscapes and urban environments, being placed in this genre is testament to Angela’s ability to convey a strong sense of realism within her modern and progressive form of urban landscape painting.
Tel: 011 44 1254 878100 (from the USA) Tel: +44 (0) 1254 878100 (from Europe)
Email: info@ascotstudios.comWeb: www.ascotstudios.com

Angela Wakefield released 3 new paintings last week, and on the day of their release all three were snapped up! Again, to all the collectors who made enquiries over the last week, may I sincerely apologise. Work of this quality does not stay in the gallery long, it has to be said!

Angela was particularly proud of the way in which these new paintings came together for her; she was confident that the direction in which she was taking her work was both an evolution and a diversification of what she has already achieved with the New York Series thus far.

The Hopper-esque ‘American Burger Bar’ (New York Series No.27 shown above) was particularly strong, illustrating Angela’s increasing ability to apply her unique painting technique to capturing the full range of subjects we find in our urban environment. Cars, people, light, trees, buildings and illuminated signage are brought to life by her impressionistic painterly style.

New York Series No.28 is a colourful snapshot of contemporary New York life with the Empire State Building in the distance, with No.29 in the series seeing Angela capture the red glow of a Manhattan sunset so effortlessly. (see below) 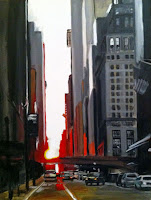 There is, as art critic Ian Welland describes it, an instinctive quality to her work; Ian wrote in the Art of England that “Angela Wakefield is the most instinctive artist of our age”. This is very high praise indeed, and hopefully shows how the discerning eyes of collectors across the UK, Europe & USA are now seeing her work.

Being described in such complimentary terms by industry professionals in international publications, and with inclusion in a forthcoming Hollywood movie, Angela Wakefield‘s paintings could become as iconic and significant as the imagery they are depicting. 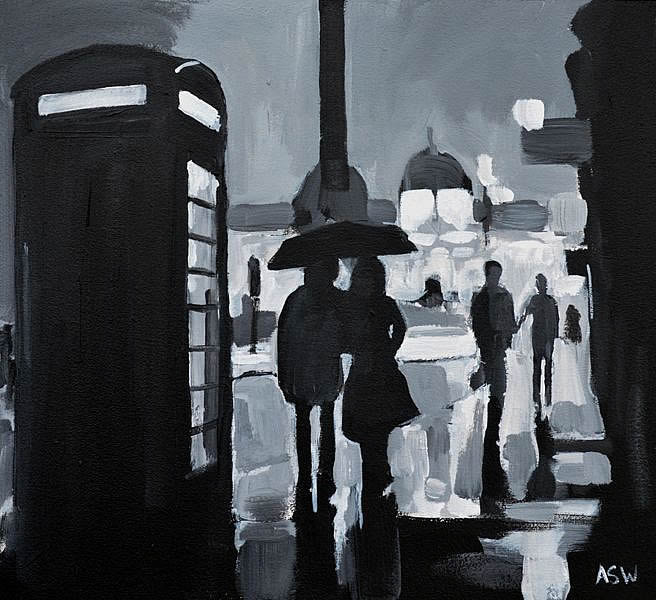 In viewing and assessing urban artist Angela Wakefield, I can only describe her work as having total integrity. It is real, experienced and ensures there is no confusion. In many ways it fixes us to the everyday, but, in other ways, her work allows us to breathe occasionally and move the scenario from canvas to dialogue. It is this movement and the association of the realism with contextual meaning that first captured my senses fully in 2007 when I visited the artist at her studio.

So where is Angela today and, moreover, where is she heading and what continues to inspire her? Whilst assessing a batch of her latest work, I took the opportunity to speak with the artist again… END_OF_DOCUMENT_TOKEN_TO_BE_REPLACED